Are Those Stars in Your Eyes? Or is it VIIP?

Are Those Stars in Your Eyes? Or is it VIIP?

Space travel, it’s the future. We’ve been hearing about it for decades. But with NASA’s commitment to a mission to Mars by 2030, Elon Musk’s Space X company single-handedly reigniting the excitement of building better rockets, and the International Space Station (ISS) orbiting Earth for nearly 18 years, life among the stars appears to be humanity’s destiny. But before we jump into our spaceships and don our space suits, there are some down-to-Earth, practical matters to attend to: vision issues.

It all started in 2005 when astronaut John Phillips noticed something when he looked down at planet Earth from the space station: it was blurry. Astronauts are expected to have 20/20 vision, so suddenly developing vision problems was, well, a problem. It’s not like you can schedule a visit to your eye doctor three months into your mission to Mars! 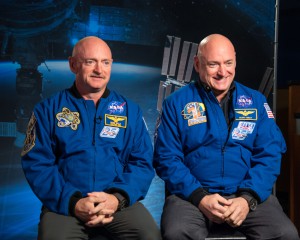 Years later, and now with 80 percent of long-duration mission astronauts reporting nearsightedness during and after their missions, NASA has been studying what’s happening up in space and has identified the condition as Vision Impairment and Intracranial Pressure (VIIP). In fact, the vision study is one of ten studies commissioned by NASA in their Twin Study this past year. In this study, identical twin brothers Scott and Mike Kelly are being observed for the biological effects of long-duration missions. Scott Kelly was in the ISS for 340 days while his brother Mike remained on Earth.

While the study on the effect on eyes hasn’t been completed yet, preliminary results are that being in a zero-gravity environment does affect the structure of the eyes. On Earth, we have gravity, which pulls our fluids down toward our feet. In space, there is no gravity, so those fluids can remain in the brain, putting pressure on the eyes and flattening the back of them out, causing nearsightedness. This study will help scientists plan for future space travel.

Puffy Eyes and Their Causes